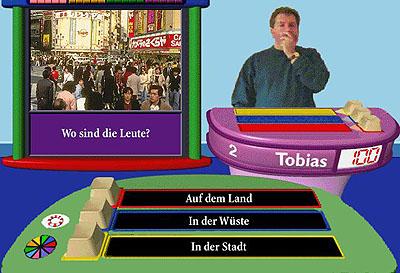 Please note: We no longer supply home user versions of EuroTalk products. We only supply network versions for educational institutions.

Available in a wide range of other languages, including:

You pay a once-only charge for the LanguageLab network CD-ROM and then pay for each language CD-ROM according to the number of computers that will run the program at any one time. For example, if you have already paid £220.00 for a 20-100 user licence for a version of the program in one language, then each subsequent version that you buy in other languages will cost you £110.00 per language.

No charge is made for postage and packing within the UK.